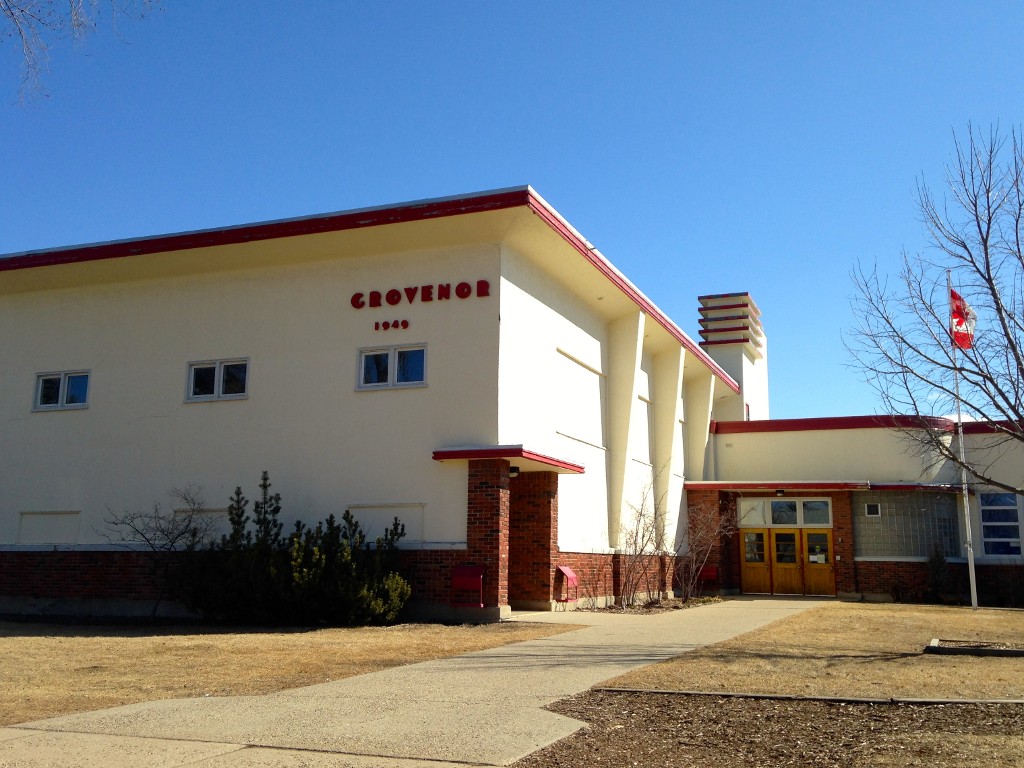 Grovenor is a residential neighbourhood in west Edmonton, Alberta, Canada. It was originally called Westgrove and a professional building on 142 Street still uses that name.

The Edmonton Yukon and Pacific Railway, completed as far as Stony Plain in 1907, followed a grade through Grovenor between 106 and 107 Avenues.[8] Most of the line was abandoned in 1923, although a spur remained that was used for storage.[9] During the 1940s, the northern part of Grovenor served as an industrial area, American Railhead, which supported construction of the Alaska Highway.

The 2001 federal census reports that one in five residences (18.2%) were constructed by the end of World War II. Substantially all residential construction was complete by the end of 1980. In more recent years, some older residences along Stony Plain Road have been demolished and replaced by newer development. There is also some commercial development along Stony Plain Road.[10]

According to the 2005 municipal census, the most common type of residence in the neighbourhood is the single-family dwelling. These account for approximately nine out of every ten (88%) residences in the neighbourhood. Another one in ten (9%) are duplexes[11] and a small number (3%) are row houses. Approximately three out of four (77%) of residences are owner-occupied with the remainder being rented.[12]

There is a single elementary school in the neighbourhood, Grovenor Elementary School, operated by the Edmonton Public School System.

There is a proposal to construct five highrise condominium towers of between 10 and 18 stories at the west end of the adjacent neighbourhood, Glenora, near the intersection of 102 Avenue, 142 Street, and Stony Plain Road. The five highrises could have up to 330 apartment units among them with non-commercial uses limited to the first two floors.